The chaos of internal bank controls

The collapse of Lehman Brothers or the fraudulent activities of a broker at SociÃ©tÃ© GÃ©nerale reveal the chaos that reigns in banksâ?? internal control systems. The world economic recession and, in particular, that of the banking and financial sector is giving rise to serious problems. Lehman Brothers was considered as one of the financial institutions with the best contingency plans and yet it was not enough to save it from collapse. Another clear example is that of Societe Generale, where internal controls were incapable of detecting the fraudulent activities of one of its brokers.

Some experts suggest that the internal controls of many institutions are nothing more than “mere plans on paper”, that they are not operational, that they have never been tested and that employees “ignore them”, with no monitoring process in place as far as the institution is concerned. This is paradoxical, since a control system is characterised by the presence of elements that make it possible to influence the way in which the system works. A control system must guarantee stability and, in particular, be impenetrable as far as model errors and interference are concerned. Furthermore, it must be as efficient as possible and comply with a preset criterion. Normally, this criterion consists of control over input variables being possible, thus preventing sharp practices.

We are all familiar with the theory, but why has it not worked in financial institutions? The real situation is that, in some cases, it has worked, but while they were earning succulent profits, many consultants and managers ignored breaches of their internal controls. There is also another reason why it has not worked: the lack of good institutional information management.

ALTHOUGH the entrepreneurial spirit and trail-blazing skills are fundamental to many business schools curricula and promotions, not every institution practices what it preaches. IE, the Madrid-based business school, is an entrepreneur, a “multiversity” unlike any in the United States or Europe. While the business school is the center piece, every field – law, art, communications,…

Article in Chinese by Oswaldo Lorenzo on the consequences of downsizing in company workforces, published on Chinese portal 21cbh.com.海外裁员风波中的新老问题 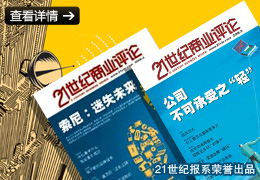 IE Business School received 1,500 alumni from 30 countries at its Annual Alumni Conference held in Madrid on November 21. This yearâ??s conference focused on â??Business in Times of Economic Uncertaintyâ??, analyzing the challenges brought by the US crisis, its impact on the world economy, the stance taken by Europe, the advance of emerging economies,…