Do what you love! – An interview with IE Alumna Vasundhara Mudgil

Vasundhara is an extroverted introvert, which is probably why she feels she truly enjoys being a communications professional. In her childhood, she lived in several countries, and that itch to travel, meeting new people, and immersing in the local culture continues to be an integral part of her life even today. She thrives on learning…

Don’t wait till you graduate – the impact of blended learning

Apply your learning the next day in the office. This is what our current students highlight from their blended learning journey with IE. They learn new concepts, bounce ideas and leverage on solutions of their classmates. All those insights help them to create an impact in their organizations on the next day. With IE you…

The Other Side | By Felix Valdivieso, Director of Communication, IE Business School Marketing Prof. Martin Boehm is not a market dog himself, but he loves hot dogs. In this video he explains how the market works while enjoying a hot dog in New York. Playing a sort of devil’s advocate, he proposes that we stop…

Contrary to what you might think, this video isn’t about hippies with flowers in their hair, but rather a different type of flower power in the form of Bach flower therapy, explained to us here by microfinance marketing professor Maria Lopez-Escorial. Prof. Lopez-Escorial is committed to making this world a better place. In order to achieve this…

Marketing rocks… It rules the world!

In an upcoming talk about “How to create successful brands” (Singapore, April 17, 19.00, register here) Prof. Dr. Martin Boehm will reveal the strategic role that brands play in driving business growth and profitability and why have brands become key assets in organizations. In a highly competitive and saturated market environment, building strong brands has become…

Market Research is sexier than you think

No product is launched without consumer insights, without analyzing the market environment.  This reality is the reason for the IE Master in Market Research and Consumer Behavior, the only program considering both interrelated aspects into one single program. An academic program with such practical implications would only be half of value if you do not exclude professionals…

As you probably know, CMYK stands for Cyan, Magenta, Yellow and Black, namely the four base ink colors. In offset and digital printing the CMYK ink colors are applied to paper in successive layers. By overlapping the four colors in varying concentrations, a huge number of other colors can be created. As a result, the…

How to position your product and services?

How to deliver knowledge is a difficult task; to make students understand and remember it is even harder. It is not a secret that here at IE Business School, case studies are an essential part of the IE learning experience, as they portray one of the most effective ways to develop and assess a student’s…

How to organize Marketing and Business Development in a Law Firm?

Are you a lawyer or a manager with responsibilities on Marketing and Business Development activities inside your firm? Are you a fee-earner in charge of supervising these actions? If your answer is yes, IE Law School Executive Education designed a specific online program for you. “Organizing the Marketing & Business Development Activity inside the Firm:…

“The Art of Seduction ― Marketing the Subconscious” will explore the history and theory of appealing emotionally to potential clients and customers, and discuss ways to do so.  The seminar, hosted by Seoul Global Center, will feature a guest talk from Prof. William Davila, Associate Professor of marketing at Madrid’s IE Business School, which specializes in entrepreneurship,… 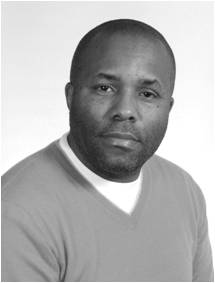 The social networking phenomenon is unstoppable, but there is still no business model capable of successfully exploiting the services these companies provide.Social networks are attracting more and more consumers´ attention. As a result, they are becoming an unbeatable opportunity for advertisers to showcase their products and services to potential consumers. However, advertisers´ and users´ interests are not always the same and social networks need to find a balance so that they can attract new users and, at the same time, capitalize on their services in an Internet culture ruled by freebies. It is a three-edged challenge: advertisers, users and the social networks themselves.

Social networks are a particularly attractive platform for advertisers. Facebook, which has just completed its sixth year, was visited by 460 million people in February, 13.3 million of them from Spain (according to figures released by Nielsen). If Facebook were a country, it would have the third-highest national population on the planet, with more than 400 million inhabitants.

The comparison between Google and Facebook is particularly interesting. On the one hand, the percentage of Internet users that use the search engine in Spain is 91%, whereas only 53% use the social network. On the other, the key factor lies in the time spent by users on the site: whereas with Google people enter, search and leave, whereas Facebook users are getting more and more involved in a growing number of activities. On average, users spend 1.45 hours a month on Google, which is very little in comparison with the 6.5 hours they spend on Facebook.

Original published at Bangkok Post on May 4, 2010 Earlier this year, Patr Bhalakula, a talented young Thai pursuing a Master in Marketing Management degree at IE  Business School, and his team won the second prize in the Novartis Masterminds Challenge in Spain.  The challenge is a competition involving the London Business School, IESE (Instituto…