The private banking industry moves 610,000 million Euros per annum, of which only 36% is in the hands of specialised financial service providers, according to a survey conducted by Accenture, IE Business School, and Morgan Stanley: â??Trends and strategies in the private banking sector in Spain II: The clientâ?. The report was prepared in collaboration…

Since last year IE Business School offers to its International MBA students the possibility to have a work period during their one-year MBA program. The program and its modules are redesigned in a way that gives a select group of participants the flexibility to pursue a working period during summer. Please read this interview with…

On behalf of IE Business School and all its members we wish you a happy and prosperous Lunar New Year 2008. 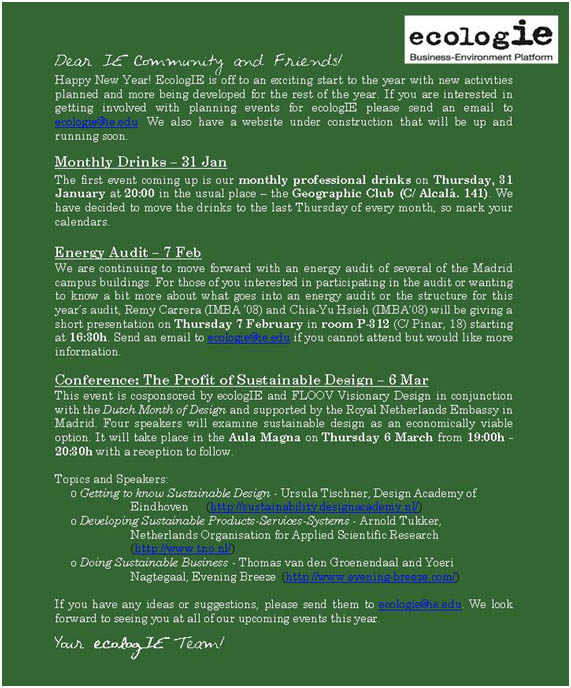 FT MBA Diary: The real journey is about to begin 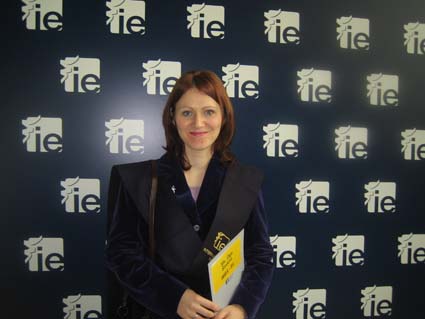 I now have my MBA diploma in my hands, the diploma for which I have worked so hard. Although the programme took only 13 months to complete, the sheer intensity of these five terms made me feel that I had been at IE Business School in Spain for far longer.

On the one hand, the idea that I no longer have to burn the midnight oil analysing business cases is quite appealing. On the other, I now realise that the unbelievably intensive academic experience was not only one of the smartest investments of time and money I have ever made, but was also amazingly, albeit exhaustingly, enjoyable. It may sound clichÃ©d but I feel very well-equipped to deal with the real world waiting for me, although maybe I should add that Iâ??m acutely aware there is still plenty to learnâ?¦

Returning to where I left off in my last entry, in the summer I travelled for a couple of weeks after the core MBA courses came to an end, returning to Madrid in September with my batteries somewhat recharged for the fifth, and final, elective period. Whereas during the core terms classes ran from 9am till 3 pm, with a permanently heavy workload in the afternoons, the elective period seemed easier to handle. The schedule was not as structured however, with classes sometimes taking place from early morning till 10 pm to allow practitioners to come and teach after their working day was over.

Â  On the February 8, 2008 IE will be celebrating the first IE Global Alumni Forum, a gathering of IE alumni to be held on the 8th of February 2008 in Mexico City under the slogan â??Leadership Networkingâ??. Throughout the event several conferences will be held featuring such renowned speakers as Emilio AzcÃ¡rraga, President of…

ieBlogsphere – Learn about IE from a different perspective

IE offers you a lot of open doors to explore this innovative institution. The immediate and most evident is, without any doubts, the IE home page www.ie.edu where you can find all relevant information on our programs and activities. Quickly you will notice the we’re are much more than just a “top-ranked MBA school”, especially…

IE Business School and the FundaciÃ³n Eduardo Barreiros joined forces to run a debate workshop on â??Entrepreneurship in the 21st Century: New Challengesâ?, designed to promote business start-ups as an engine for wealth, social well-being and job creation. The event was attended by senior directors of leading firms who debated new challenges facing entrepreneurs in…

Marion Descottes and Miguel Monforte Nicolas, two MBA students from IE Business School, have won first prize at the Infocom Future leadership Award one of Indiaâ??s premier essay writing competitions. Open to Business schools from around the world, essays are judged by a distinguished panel of Indian academics and business leaders. Last year over 500…

The annual learning and networking event for Entrepreneurs run by IE Business School will be held on November 29. The IE Venture Day promotes the creation of new business and further strengthens the corporate ecosystem needed to nurture entrepreneurial management, a key part of our economy. The IE Venture Day 2007 is designed to serve…

On November 14-15 IE Business School played host to internationally renowned experts in corporate responsibility at the 2nd Social Responsibility Forum, an event focused on best practices used to promote the positive social impact of business organisations. The workshops were organised by students on the IE International MBA program, and were sponsored by Acciona and…