IE University holds the No. 45 position worldwide and No. 21 in Europe in a survey conducted by International Herald Tribune. It is the first time that 2 Spanish universities feature among the top 50 worldwide – Universidad de Navarra (41) and IE University (45).  The ranking analyzed the opinions of 3,000 CEOs and senior managers…

IE University and The Chronicle of Higher Education organized the 2nd International conference on Reinventing Higher Education: The Role of the University in a Global Society. The event was structured around a series of panels comprised of some 25 thought leaders, university administrators, policy makers, entrepreneurs, academics.

Joséphine and Eric, BBA students, tour you around the IE University campus in Segovia.

Meet Eric, IE University student of the Dual Degree BBA + Bachelor of Laws and listen to what he’s got to say about his experience so far.

On September 17, 2011 IE University will inaugurate its 4th academic year. This academic year 2011-12 its also marked by the launch by the LLB in English as well as in Spanish and the BBA-LLB Dual Degree in both languages. This coming Friday students from 50 different nationalities will start to study at IE building…

An interview spanning two generations: distinguished sociologist Elihu Katz in conversation with IE University Communication student Mª Gabriela Cardoza, on a lifetime of communication research and the challenges for the next generation — the interaction between old and new media and the critical situation of the sector.

Watch Michael Wadleigh, Oscar winning film-maker and co-founder of the Homo Sapiens Foundation, when he was talking on sustainability and the cultural legacy of the 1960s at his recent visit on the IE University campus in Segovia. Also, have a look a the university campus from a singular perspective. 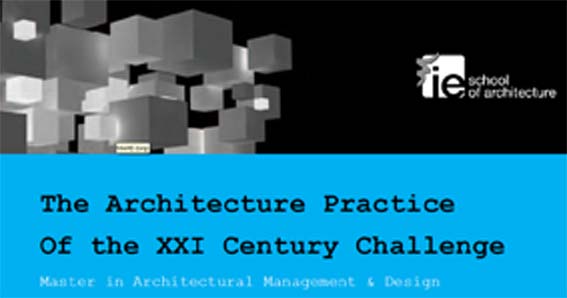 As the previous post on the exciting launch of the Master in Architectural Management & Design caught your attention, here comes the good news of the Architectural Challenge Scholarship Competition. Details you will find using the link of the image and HURRY UP – the deadline is on January 1, 2011!

The Power of the Word

Words are human, substantially human. They link our thoughts to reality and to other thoughts. Thanks to words, others know what we are thinking or what we want to say. Depending on how skilful we are with words, we succeed or fail in reaching others, obtaining personal or collective benefits, and building the future.

No matter how knowledgeable they are, no matter how intelligent they are, people who do not express themselves very well are at a disadvantage. Words are effectiveness.

Our thoughts are made up of words. As we progress in the art of the word, we learn to think better, we acquire mental skills that we did not have previously because the brain develops with language, and if we train and teach the word, the brain increases its muscle power.

Our brain deals with images, sensations, all kinds of memories and an endless array of words. Our language brings all that together. The word and the action are what best reveal what we are and what we want to be. People who do not use words well act as if they have had their strongest member amputated.

It happened in the IE Bachelor in Architecture, subject: Design Studio II… Professor Manuel Ocaña, http://www.manuelocana.com/ invited architect and researcher Carlos Ramos to one of his lectures. Carlos’ conference was entitled out Towards Rocking Architecture. – A retrospective insight into space and sound throughout four short stories.- and talked about the influences rock music could have on architecture. As well…