February 2008 | By Rosario Silva, Professor of Strategy at IE Business School.     Homeless, a quality designer brand named after street people, has achieved success using a unique strategy that distinguishes it from the rest of the sector. This fashion company, created in 1994 under the name of Homeless and rechristened Hoss Intropia…

Look at this video at BusinessWeek with the IE Dean for MBA programs, Prof. Dr. David Bach. 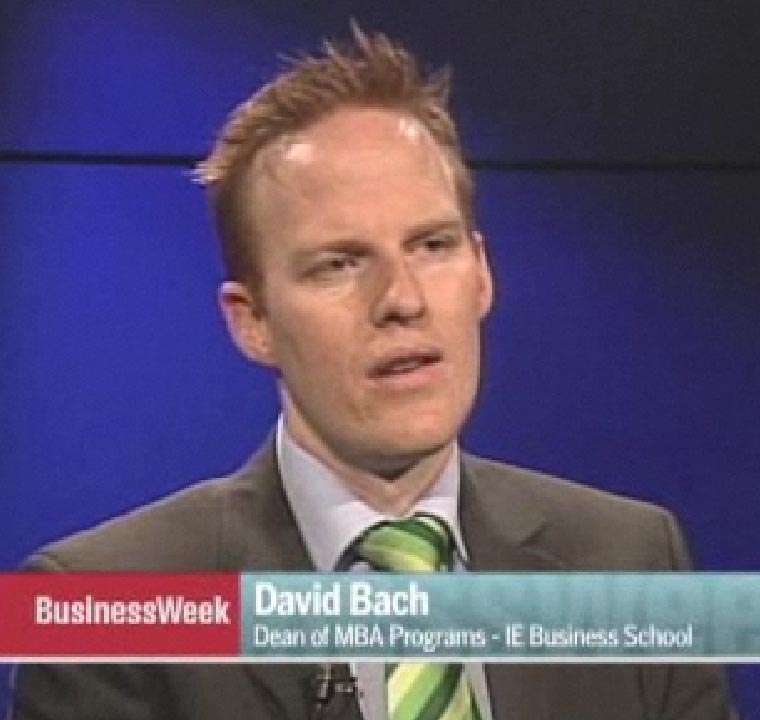 The European Union again looks to the future

By Dirk HopflAcademics Go for IE

The recently signed Lisbon Treaty has brought new lifeblood to the EU after the failed Constitution, and now looks set to play a greater role in international politics.

We probably will not hear it referred to as the failed “European Constitution”, but the Lisbon Treaty aims to form part of our lives over the coming years. On 19 October, 2007, European leaders managed to finish a job they more or less completed in June, thanks to a successful German presidency. The reward for the current Portuguese presidency will be that the new document that will govern the life and workings of the European Union will bear the name of the country´s capital, where it was signed by the heads of government on 13 December, 2007. From that moment, a process for the ratification of the treaty by each member state began which, if all goes according to plan, will lead to the re-written text coming into effect at the beginning of 2009 (except for certain provisions that have been postponed until 2014), replacing the current Nice Treaty.

Hence we see the beginning of the end of a crisis that has not been the first and will not be the last, and one that has set the members of the European Union against each other on matters that are fundamental for defining its very nature, modus operandi and future. The now discarded “Constitutional Treaty” addressed many of these issues by shaping a European Union with a high level of integration, not only in economic terms, but also on a political, social and even symbolic level; however, the idea proved to be too ambitious. The history of European integration shows us that the Union has progressed better in short steps (albeit quickly at times) than in leaps and bounds and the misnamed Constitution was seen by many citizens as a large leap, beginning with its very denomination. In hindsight, the halt in the process for the building of Europe during these two years may even have helped a Europe that is growing in both size and complexity put its feet back on the ground, immersed in a world that is becoming increasingly small and interconnected.

Since last year IE Business School offers to its International MBA students the possibility to have a work period during their one-year MBA program. The program and its modules are redesigned in a way that gives a select group of participants the flexibility to pursue a working period during summer. Please read this interview with…

This article was published on Feb 11, 2008 in The Edge Daily, Malaysia More Spanish companies are coming into Malaysia due to the low cost of doing business here and as rising Spanish exports to Malaysia increase the demand for the countryâ??s goods and services. Spainâ??s economic and commercial counsellor to Malaysia and Brunei, Antonio…

The Executive Education Division of IE Business School just launched the High-Potential Leaders Program (HPLP). This is unique international learning experience aims to prepare talented young professionals for their career development emphasizing in vision, skills and management capabilities required to meet the many and diverse global challenges business organizations are facing today and will face…

By Dirk HopflAcademics Go for IE

February 2008 | By Pablo Triana, Professor and Director of the Centre for Advanced Finance at IE Business School.

Although recent chaos in the markets brings back memories of past investment fads that ended in tears, this time itâ??s different. Hedge funds and derivatives have had some positive effects on finance markets and the economy.

Investors who seek fashionable products have been successfully persuaded over the last few years to invest in hedge funds and credit derivatives. Although the chaos that currently reigns in our markets reminds use of investment fads that went wrong in the past, this time there is a key difference, namely the fact that recently promoted strategies had a positive impact on financial markets and the economy in general.

In recent months, we have been bombarded by headlines like “Disappointing hedge fund returns”, “Hedge funds collapse”, “Problems with CDOs”, “Losses in CDOs”. If you allow me a certain amount of nostalgia, I feel myself transported back to 1989 (when I was a bit of a wild teenager) or 2000 (when I was a postgraduate student who wanted to continue being a bit of a wild teenager). In those days, as today, investments that appeared to be unquestionably “cool” suddenly became a source of misery. The must-have assets (junk bonds and dot-coms) became a death-trap for many of those who blindly obeyed the dictates of fashion. In their desperate attempt to become a member of the cool set, those investors paid a very high price.

Hedge funds and credit derivatives symbolise the trendy investments that were the (partial) disasters of our time. The modern, chic destination for your money. Unavoidable for those who did not want to be pointed out as old-fashioned and off-track. In recent years, the prevailing atmosphere seems to have been one of glorious exaltation of those with sufficient vision for transferring millions to increasingly complex financial structures and funds, together with the unlimited ridicule of those who, inexcusably, failed to jump on the train of new trends. Not very different from the days of junk bonds and dot-coms. In much the same way that a young woman is made to feel uncool if she does not buy her clothes in Zara or Prada, investors have been made to feel desperately off-track if they did not have positions in hedge funds and CDOs.

The Embassy of Spain in collaboration with The Arts House present the 3rd Spanish Film Festival in Singapore. Spain has successfully produced a good number of movies categorized under the term film noir. A selection of famous movies where the crime fiction and intrigue are accompanied by the extraordinary sensuality of their protagonists it is… 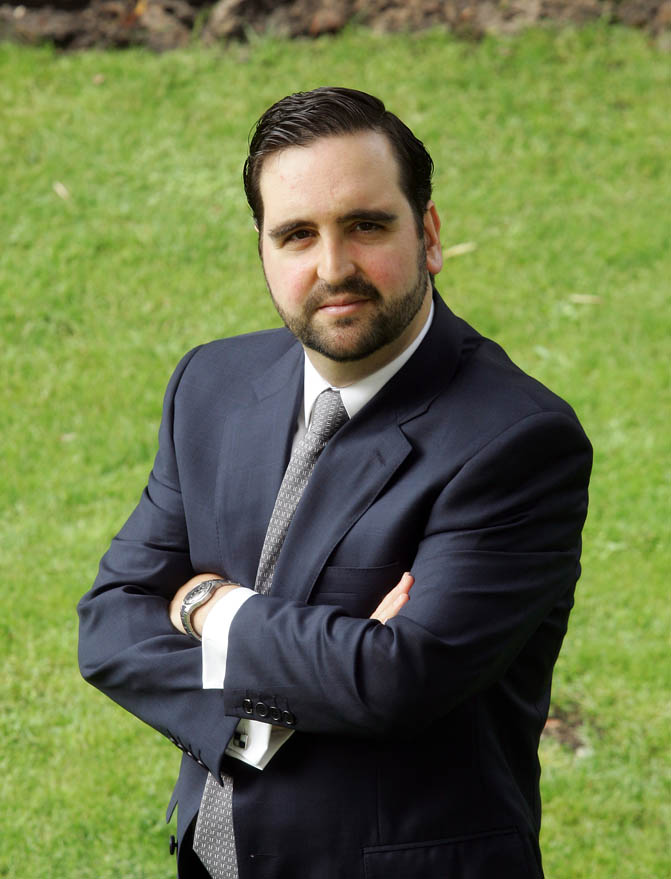 Prof. Dr. Ricardo Perez Garrido talks about how IE faculty and students of IEâ??s Master in Telecom & Digital Business, as the pioneers in business schools, explore new ways of teaching and learning in virtual social networking platform Second Life.
Prof. Dr. Perez is the Program Director of this Master which is supported by companies like Accenture, Cisco, Nokia and TelefÃ³nica.

Prof. Dr. Perez, what are reasons behind IE’s initiative to use virtual platform as alternative teaching method?
We want to be ahead of the game in terms of understanding the link between technology and society, and given the growing adoption of these type of platforms for leisure and work, we cannot be left out of this trend. In fact, we want to be able to lead this challenging environment as we have done in the past with other collaborative technologies, and help companies, communities and society in general understand its relevance, impact and feasibility as learning and sharing tool.

How does IE promote and facilitate teaching on a virtual platform?
We have created an island and provided professors with the technical help needed to explore this virtual world as just another platform for their teaching. In fact several training sessions of the Master in Telecom & Digital Business have already taken place in this environment with great results, at least in terms of identifying potential and limitations of the platform.
During this process, what are reactions from students and teaching faculties?
This is completely new for all. For now, only a small percentage of students are part of Second Life or other online virtual worlds, and the same case applies for faculty. But in fact, given the identification of this phenomenon as a global trend, both students and faculty are eager and willing to try the new tool and accept the good and bad things that being a pioneer means.

¿Hablas español? – Do you speak Spanish?

Even though most of the Master programs at IE Business School are taught in English, being based in Madrid, Spain’s vibrant capital, knowing Spanish is a big advantage. Not just only to get even more immersed into the local culture but also because: more than 500 million people speak Spanish around the planet Spanish is…

On behalf of IE Business School and all its members we wish you a happy and prosperous Lunar New Year 2008.

This interview with Prof. Dr. Enrique Dans was published in THE JAPAN TIMES on Monday, January 28, 2008 Although Europe once lagged well behind the U.S. in terms of formal business education, the continent is now home to scores of major schools. People consider the length of the courses, diversity of students and faculty, acquisition…