This blog will be unattended during the month of June 2008. In July we will continue publishing the latest information about IE Business School. Stay tuned!

The IE Telecom Club, an initiative of students of the Master programs at IE Business School, will organize an upcoming conference on Yahoo! and its mobile strategy on June 3, 2008. Alejandro Romero, currently Director of Strategic Relationships at Yahoo! Iberia will introduce Yahoo’s view of the mobile world now, their positioning as well as…

IE Business School is organizing another Case Study Presentation in Singapore. You can actively participate debating about the general management case â??The Challenge of the Spanish Challenge in the AmericaÂ´s Cupâ?. The Americaâ??s Cup is the most prestigious sailing competition worldwide which took place last year in Valencia, Spain. The case is about the Spanish…

Companies that adopt a modelling strategy to anticipate, identify and satisfy customersâ?? requirements will not only obtain basic competitive advantages over companies that do not, they will end up pushing them out of the market.

My theory goes like this: companies that adopt a modelling strategy to anticipate, identify and satisfy customersâ?? requirements will not only obtain basic competitive advantages over companies that do not, they will actually push them out of the market.

The modelling strategy is not just another strategy in a repertoire of feasible options, but rather a controlling strategy. This dominance is due to two coordinates. Firstly, given a certain set of activities, the use of models produces optimum combinations and is therefore the most effective way of organizing said set of activities.

Secondly, companies equipped with this strategy are more innovative and reduce the costs associated with misguided innovations. In short, operational and economic efficiency, early diagnosis of market, customer and policy trends, and innovative drive constitute the three key factors that turn a modelling strategy into a controlling strategy.

The IE Business School and Iberia Airlines have signed a framework cooperation agreement under which the management school will include in its curriculum a study of the â??Iberia caseâ? as an example of a company that successfully anticipated and adapted to major changes in its industry. The successful manner in which the Spanish flag-carrier, formerly…

Where are the Chinese executives?

Give me the name of a high-level Chinese business executive. Canâ??t think of one? And who is the owner of this Asian superpowerâ??s largest business fortune? Donâ??t know that either? Well, neither does anyone else, actually: so whatâ??s going on in Beijing?

China has been growing at double-digit rates for several years now. India is growing somewhat slower but also shows spectacular development. China is currently the fourth largest economy in the world and if the dollar continues to fall, it will quite possibly be the leading economy on the planet in a short period of time. Moreover, if this trend of growth in China and India continues, both economies will represent around 25% of the world GDP by the year 2025.

Although this information is well known, there is one question that needs to be asked about these countries: why are there Indian executives in important executive positions in some 30 companies on the Fortune 500 and yet there are no Chinese executives on the list? Paradigmatic cases include the Pepsico CEO (Indra Nooyi, a woman) and that of Vodafone (Arun Sarin). However, we can go even further: why, according to the Forbes magazine, are entrepreneurs of Indian origin among the ten richest people in the world while there are no Chinese entrepreneurs? The only entrepreneur of Chinese origin in the ranking of the 50 richest people in the world (in tenth place) is Li Ka Shing, with his Cheung Kong Holdings conglomerate, whose flagship is Hutchinson Wampoa, world leader in seaport management. Li Ka Shing was born in Guangdong, China in 1928 but has developed his career in Hong Kong since the 1950s. Meanwhile, Forbes places four Indian entrepreneurs (Lakshmi Mittal, Mukesh Ambani, Anil Ambani and Kushal Pal Singh) in fourth, fifth, sixth and eighth position of the 50 richest people in the world. 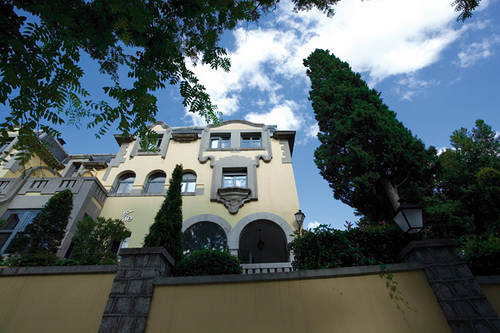 IE Business School holds 5th position worldwide in open executive training programs, according to the Financial Timesâ?? 2008 Executive Education Ranking. The survey, which analyses the quality of executive training around the world, places IE Business School 16 worldwide in the combined ranking that evaluates the quality of both open programs and customized training. IE…

Vision, Nerve and Other Peoples’ Money Being Successful as an Entrepreneur May 12, 2008 Pinar 18, P-211, 6.30 p.m.   JACK HARDING, Co-founder, president and CEO of e-Silicon, a leading supplier of custom integrated circuits for the world’s leading electronics inaugurates the Venture Lab Speaker Series at IE Business School providing an entrepreneur’s perspective on…

May 2008 | By Leopoldo Calvo-Sotelo, Director of Master in International Relations at IE School of Arts and Humanities

International relations are the Achillesâ?? heel of many a president when they first come to power, and their first reaction is to place it in the hands of a professional. But everything changes when it comes to re-election.

North American political commentators have coined the term “second term blues” to refer to the problems that usually affect the presidents of the United States during their second term of office. Often it is said that they are a combination of tiredness and arrogance that comes from power exercised over a long time. The experience of Spanish democracy has still not given rise to this type of problem, but certain trends in second terms of office can be identified in the field of international relations. It is particularly interesting to analyse successive appointments to the post of minister of foreign affairs.

Ministers of foreign affairs have always enjoyed special prestige in democracies. In North America, the world fame of the secretary of state has, on exceptional occasions, rivalled that of the president himself. This occurred with Henry Kissinger during the last stage of NixonÂ´s office and during the presidency of Gerald Ford. Whatever the case, only the secretaries of state (and not all of them) appear next to the presidents in the photos and memories of an era. For example, the presidencies of Truman and Eisenhower are inseparable from the figures of Dean Acheson and John Foster Dulles, respectively.

At IE Business School we are convinced that entrepreneurship is the main driver of growth and the generation of collective wealth, employment and social well-being. Joining us in an insight virtual session you will have the opportunity to find out more about the Venture Lab at IE and to seek answers to any questions you…

IE Business School celebrates the 1st IE-Caja Madrid Venture Day for Expansion and Development Projects, which will take place on May 7, at 7.30pm in the Aula Magna of the IE Business School.

11 companies created by IE Alumni, selected from a total of 50 candidates, will be presenting their expansion and growth plans to the investor community. Although there are various initiatives in the market designed to foster the generation of seed capital (funding for business start-ups), there are no schemes that provide support for subsequent phases. This new project, which enjoys the support of Caja Madrid, enables IE Business School to take its commitment to entrepreneurship to new levels, opening new windows of opportunity in the form of investor support for companies that have already proved themselves in the market and are now looking to expand.

Investors will find that this new IE-Caja Madrid initiative brings companies with sustainable growth projects based on solid foundations. These well-structured expansion plans are the result of experience in the market, and come with teams molded by standards of excellence in a leading business school where the entrepreneurial spirit forms part of the day-to-day fabric of learning.