IE Focus | By Ignacio de la Torre, Professor at IE Business School Behavioral finance has a marked short-term impact on markets, but the price of assets will always depend more on efficiency levels in the long run.Which is the riskier country in which to invest, Argentina or Spain? I will be explaining the answer… 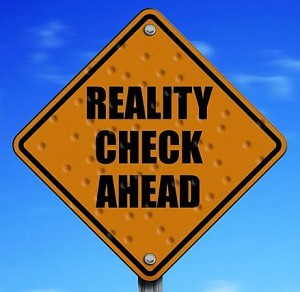 How is it to start a new life?

Starting university marks a new chapter of your life. And the new chapter brings a lot of challenges along with it – far away from home, the first real separation from your family, a much more self-driven learning experience and for most of the IE University students a new cultural environment. Learn from freshman students…

Scared about your MBA admissions interview?

You made it! After suffering during month preparing the application for the IE Master Degree, getting the essays right, find your recommenders, you finally submit your application. Clicking the SUBMIT button of the online application, relieves adrenalin: DONE but just second afterwards doubts will come up if everything was fine. What if I didn’t answer…

Who says that MBA is about studying?

Doing an MBA or any other postgraduate degree is about enhancing your academic skills to prepare you better for future professional challenges. No doubt about it. But is that everything?

Some students might feel there is nothing to add but certainly – I hope – they are the minority. Such a degree is much more than that: it’s a journey, a bath in diversity, a mosaic of professional, personal, cultural, entrepreneurial experiences. Getting challenged with different perspectives in every moment of the program and LEARN from it. It opens your horizons, brings you out of your comfort zones and you enjoy it, can’t get enough…

Another important part of this “bath” is FUN! That is what the participants of this year Global Village had… watch, enjoy and if you wish to be part of it soon, let us know!

Some more details about the 2012 Global Village:

How to position your product and services?

How to deliver knowledge is a difficult task; to make students understand and remember it is even harder. It is not a secret that here at IE Business School, case studies are an essential part of the IE learning experience, as they portray one of the most effective ways to develop and assess a student’s…

The world economy will not recover this year. All qualified observers forecast lower growth, unusually high unemployment levels and continued financial tension. The fearsome “double-dip” recession is a reality. But there is no reason for chronic pessimism.

A new reality characterised by the movement of economic activity -production, consumerism, investment and employment- from the North Atlantic to other areas of the world, especially but not exclusively Asia. But also because we have abandoned the world of cheap money and credit abundance and will be away from it for some time. A structural change that gives rise to an understandable feeling of malaise in developed countries, whose populations refuse to accept that the future will not necessarily always be rosier, that they will have to give up some of what they considered as inalienable rights and reform their welfare states to make them sustainable. Simply because we are witnessing the end of the exceptional condition of the West. Emerging countries now produce more than 50% of the world GDP, but they consume only 30%… a proportion that can only rise and which will undoubtedly improve the standard of living of humanity. However, it is a process that needs to be handled intelligently.

HISTORIC OPPORTUNITY
We are facing a historic opportunity that is not exempt from risk. Imperial transitions and changes in the relative power of the different states have always been solved by war. This time, it can and must be different. The price system, macroeconomic coordination, financial globalisation and international institutions are poised to ensure a peaceful transition, which does not mean that there will be no cost or tension. The world managed to avoid protectionism after the dramatic events that followed the burst of the financial bubble in the United States. The commercial world maintained its strength, and general policies for making your neighbour poorer were avoided. Regardless of how virulent its death throes may seem in Europe owing to the fact that it coincides with the questions being asked of the monetary union, it would be a paradox now that we are at the end of the crisis if we were to forget the lessons taught by history.

A Master Degree at a non-local institution is always about accessing new and different networks. You will gain, of course, cultural insights and regional specific knowledge but what for?  Just for the sake of it, just to have personal challenge, to be different or – to work in that specific region or build up business…

Virtual Conference: The Psychology of Finance

What do the fields of Psychology and Finance have in common? If you were thinking “besides the fact that they are spelled without using any of the other word’s letters” than here is an opportunity to come up with a better answer to this question. Take out your agenda and block the following date to join…

Humanities – does it makes sense for business schools?

IE is a pioneer in the introduction of humanities as a core value and a core program in its business curriculum. The aim of humanities studies is to provide students with critical thinking and problem solving skills and ultimately help them to build a critical spirit and a mind of their own. The video below…

The post was written by Maya Helbaoui and first published on news.imba.ie.edu.

“I have a doctorate degree in Pharmacy (Pharm.D) and I am a current IMBA student with over 6 years of experience within the healthcare and media industries in the Middle East as a medical consultant, project manager and executive producer for health media projects. I am also a current member of the Wharton Global Consulting Practicum here at IE.

In general, the WGCP is a consulting project in which 10 MBA students (5 IMBA students from IE and 5 executive MBA students from Wharton, USA) work together on a real life problem – the market entry strategy for a Spanish client into the US market, keeping in mind that companies and sectors change every year.

This year’s project is about the biotechnology sector and involves 2 Spanish biotech companies that already have different products in Spanish and European markets;  the goal as stated previously is to help them develop a strategy to enter the US market.

From my experience at this point, the WGCP creates a very challenging and competitive environment in which all team members have to dedicate a big chunk of their time to work on deliverables, market research, interviews with KOL’s among others in addition to the heavy workload of the IMBA here at IE.

However, it is an excellent experience based on its “hands on” nature which gives all participants the chance to work with a real client and apply all the lessons learned during their MBA.

How do you learn “blended”?

Watch the following video on the benefits of IE’s blended learning methodology. IE will soon introduce even more flexibility in its blended programs, so watch out for the Global MBA+ and the Executive MBA+ launch in the next weeks

Hectic Times – the day-by-day of an MBA student

Steven Ghoos explains us about his day during the IE International MBA. This post was first published on news.imba.ie.edu

07:45am: Alarm rings; I wake up and get into the shower. Like always, I quickly check my email for updates; last night some team members stayed up late to make the latest changes to our marketing project.

08:40am: After a quick breakfast, I’m off to school with my Indian flatmate, Syd. He tells me about what is going on in his section. But he’s in a hurry for his marketing class, as the professor “lets” people that come in late sing a song.

09:00am: After trying to catch up on some sleep 5 min before class, the first class starts: Strategy by Manuel Becerra. Today, we see a case of Pepsi; how they successfully reorganized their company to focus less on their competitors and ‘hero culture’ and more on formal processes and their customers.

10:20am: Break to take my coffee with classmates on campus – the sun is out. We chat about the Atlético game, as they won the Europe League. We watched the match with some friends in a bar in Malasaña – the more recreational area of Madrid, where things loosen up more (especially at night).

Students of the IE University BBA program will have to get involved into a Social Impact project during their studies. See some of the examples of their initiatives and feel the impact they created.