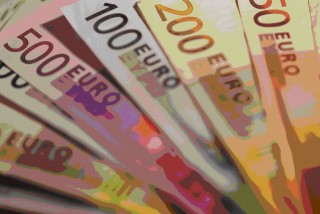 By Rolf Strom-Olsen, Director of Studies and Professor at IE University

Articles and media reports predicting the imminent demise of the Euro have become so commonplace over the last months that I suspect the next release of Microsoft Word will include it as a new document template: blank page, letter, CV, “Euro is doomed” article. A quick search on Google for the exact phrase “the euro is doomed” produces so many results (over 65,000), that I cannot even be bothered to look for variants. Pundits and politicians, bloggers and journalists, have all climbed aboard the euro-is-doomed train and cannot wait to tell us all about the destination which is envisioned, variously, as end-of-Euro land, end-of-Europe-itself land, global-financial-Armageddon land (for the real enthusiasts), etc….

Muh. Send us a postcard when you arrive.

That is a postcard I don’t expect to receive. Why not? Simply put because the so-called euro crisis is the product of a narrative gone wild. It has swept up otherwise sober-minded people and produced a wave of incessant hysterical shrieking, fulfilling that deep lizard-brain desire to really enjoy a catastrophe.

Except that catastrophe is largely an artefact of a market-, media- and punditry-driven narrative, increasingly divorced from the underlying reality of what is going on.

What we are really looking at is a sovereign debt crisis rephrased into a “euro-is-doomed” narrative. How sustainable is that? About as sustainable as Greek borrowing patterns.

Let’s review briefly. For the countries that have succumbed so far to the europanic – Greece, Portugal, Ireland, Spain, Italy, and now Belgium (with France waiting on the sidelines as an injury substitution) -the story has been drearily familiar. Irresponsible government borrowing over the last decade has put these countries’ creditworthiness at risk, meaning they can no longer access or else are at imminent risk of not being able to access the bond markets to borrow more dosh. I use the word irresponsible because, in almost every single case (Ireland is an exception, given the rapid meltdown of its epic real estate bubble), government borrowing was based on two false premises. First, growth projections that were hopelessly optimistic. Second, debt-servicing projections that left little room for manoeuvre. In other words, for Greece, Portugal, Spain, Italy, Belgium and even France, if projected growth faltered or interest rates increased, the burden of servicing each country’s sovereign debt would create serious budget shortfalls and, in turn, plunge them into fiscal chaos. This is what has happened already to Greece and Portugal; Spain and Italy might be next. And France should be nervous.

Now, that is certainly a grave prospect, and undeniably makes for a strong premise for the “euro is doomed” narrative. But I don’t buy it. Let’s consider the analysis of no less than Dr. Doom, the distinguished economist Nouriel Roubini. In hiswalkthrough of the impending catastrophe, Dr. Roubini observes:

Symmetrical reflation is the best option for restoring growth and competitiveness on the eurozone’s periphery while undertaking necessary austerity measures and structural reforms. This implies significant easing of monetary policy by the European Central Bank; provision of unlimited lender-of-last-resort support to illiquid but potentially solvent economies; a sharp depreciation of the euro, which would turn current-account deficits into surpluses; and fiscal stimulus in the core if the periphery is forced into austerity.

Unfortunately, Germany and the ECB oppose this option, owing to the prospect of a temporary dose of modestly higher inflation in the core relative to the periphery.

Symmetrical reflation… Oh economists, never change. Actually, I think Dr. Roubini’s analysis is highly acute. He is right when he says that there is a solution at hand, which is to give the ECB (or whatever acronymised monster that starts with an E it wishes to establish as its agent) the license to intervene “as the lender of last resort,” which means giving it the license to pay its printers overtime to get them in on weekends to pump out euros.

However, where I am querulous with Dr. Roubini’s analysis, where I challenge the logic upon which his (and many others) scenario of doom is based is this bit: “Unfortunately, Germany and the ECB oppose this option….” It is true that they oppose this option. But I would add a crucial qualifier: for now.

Here’s a joke for you. A group representing the eurozone countries walks into a bar and each orders a beer. When it comes to the German’s turn, instead of ordering a beer, she turns to the others in the bar and starts hectoring them about fiscal responsibility. Ok, not a funny joke, but it’s true. The German government has been lecturing other member states about fiscal responsibility and following the rules like forever; before the euro even came into existence. And the response of the others? Order a beer and chill out already. Now that the German is the only one in the room that can pay the bar tab, are we really surprised that she indulges in some well-earned “I told you so’s” and gladden her heart with a dose of Schadenfreude?

In other words, the so-called euro-crisis is achieving through the mechanisms of market panic what ineffectual German hectoring was never able to do: impose fiscal restraint, scale back government deficit-spending, restructure government finances. If you’re Greek or Spanish, Italian or Portuguese that’s not much fun. But if your German? Well… maybe you will have that beer now after all.

In other words, why should the Germans agree to open the euro-spigot to rescue these countries when there is more work to be done? Heck, the current crisis even managed to give Belgians something resembling (in the dusk with the light behind it) a working government, something they have not been able to achieve for themselves for almost two years. What’s not to like? From a German (Austrian/Dutch, etc…) perspective, the dark storm clouds over their European neighbours are bringing welcome rain. Just look at what the German government tried to pull last week: in the midst of all this chaos, they tried to borrow money at interest rates below inflation (and note the highly misleading headline)! They did not succeed, but, oh, the hubris! Laissez les bons temps rouler!

Instead of casting the current mess in terms of Germans (and others in the league of responsible Eurozone nations) sitting back and letting markets do their work for them, we get instead curious and sometimes fantastical analyses that root German intransigence in the nation’s history. The Weimar Crisis (early 1920s), the post-war turmoil (1945-47), the pain of reunification (1989), etc…. This is both lazy and shallow. If you are lucky enough to be invited for Wurst at your German friend’s house, do you really imagine that your host will tell you Italy cannot be bailed out because of the bitter memories of 1922 and 1946? That German citizens are willing to let the euro collapse because they are concerned that the price of a bicycle or a coffee maker might go up 3%? That as ‘a German,’ they are born with an innate attitude towards monetary policy and the intricacies of fiscal management that prevents them from supporting a program of quantitative easing?

Nonsense. This current market turmoil is producing the kind of restructuring that the German government and their central banking minions have been demanding, ineffectually, for years. So sip that beer!

I think a salutary lesson comes from the Swiss. As currency markets gyrated wildly this past summer, the Swiss franc became the potage-du-jour for nervous money. The franc started to become dangerously overvalued, to the point where it threatened the vitality of the country’s economy. Gruyère producers and clockmakers, chocolatiers and Alpine horn craftsmen (…sorry) suddenly faced the prospect of a disappearing export market, all because international currency traders had decided (narrative anyone?) that the Swiss franc would provide safe haven in a climate of uncertainty.

So what did the central bank do? It promised to print however much money it took to stop the trend. As the Guardian headline put it “Swiss bid to peg ‘safe haven’ franc to the euro stuns currency traders.” Note the use of the word “stunned.” Within minutes of the bank’s announcement the franc fell to the peg announced by the bank (SFr.1.20 to €1 for anyone taking notes) and presumably lots of traders had to sell their car the next day.

The point is that from a rational perspective, how could this action have “stunned” anyone? Did traders really think that the Swiss Central Bank would allow the Swiss economy to collapse in order to provide nervous hedge funds an alpine paradise to park their cash? And yet prior to the Swiss bankers’ actions, the backstory being bandied around was stuff about Swiss conservatism and the repulsion to print money, etc…. In other words, people were locating the logic of their currency trades in the Swiss national character. Oh the folly.

This is the same tale. If the Swiss can print money, so, too, can the Germans. Whether German/ECB policy to promote (Roubini again) “recessionary deflation” is a good idea or not is certainly up to debate, and the risks of severe recession and faltering consumer confidence across the eurozone are very real. But the point is that eventually the Germans will finish their beer and settle up the tab. The ECB will agree to one of the various solutions being put forward to help out flailing member states (I think good money is on an ECB pledge to buy up any debt above a certain interest rate). Whatever the eventual solution, one thing seems clear: the Euro is not doomed.