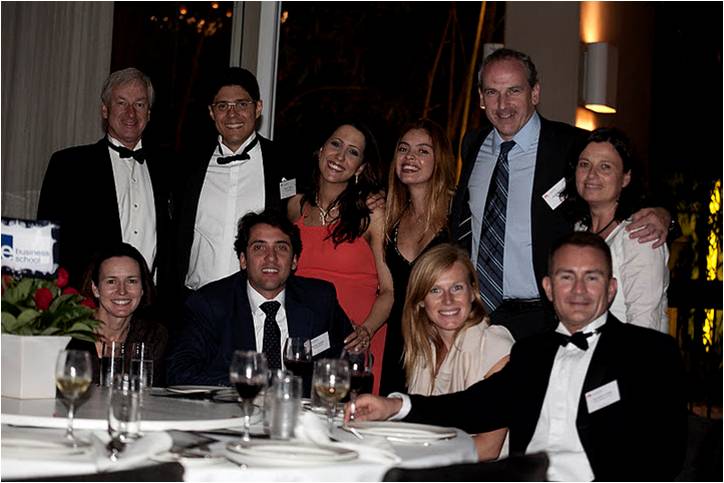 On November 12th, alumni from IE Business School attended the Gala Dinner of  the Spanish Chamber of Commerce which was held in the prestigious ‘IvyRoom’ in the Central Business District of Sydney.  The IE table consisted of the following IE alumni currently living in Sydney: Fiona Richards EXMBA 2005, Yoshkar Ubieda MBA 2005, David & Julie McLellan, both XMBA 1993, Carlos Vazquez IMBA 2005, Alexandra Langly EXMBA 2006 and Isabelle Delacave, IMBA 2005, IE Representative for Australia and NZ since September 2011. The event was presided by the Spanish Ambassador and his wife Mr and Mrs Enrique Viguera Rubio, which served as a formal introduction of the new diplomatic members to the Spanish community in Sydney.

The central topic and debate of the evening was Renewable Energy and the necessity to develop alternative energy solutions. A formal presentation was held about the enormous growth opportunities that Australia presents in this field, the challenges ahead and the way Australians can learn from Spanish companies, who are world leaders in this field. A special surprise also followed the main course: a fashion show was held in order to present ‘Chula fashion’ a clothing line designed by Spanish designers inspired by the Vietnamese culture and fabrics from Asia.