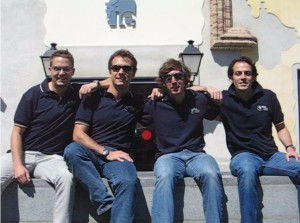 Having beaten almost 500 teams to make it to the last 6 of Cerebration 2010, one of the world’s largest business plan competitions, the IE team had to settle for a position as runner-up having been beaten by Rottman of Toronto who were also presenting a strategy plan for Vestas. The students, Mark Peinhopf, Matteo Perondi, Joseph Berlino, and Mario Del Duca had been working diligently on the various phases of their business plan to bring Vestas into the small-scale wind turbine market since early December and the final presentation was well-received with particular praise from the judges for the team’s innovative plan and the desire to balance Vestas’ commercial goals with its corporate social responsibility. This was the third appearance of an IE team in the finals since 2005 and we hope to make it to the Singapore finals again in 2011. Congratulations to Rottman and well done to the IE time for putting up a good fight.