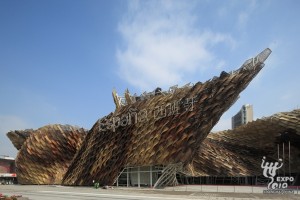 IE is set to take part in the Shanghai World Expo, which is expected to receive 70 million visitors between May 1 and October 31. IE will be present at the beginning and close of the Expo in Spain´s Pavilion and the Madrid Pavilion, with activities that include the presentation of the Caso España case study.

IE is one of the many key Spanish institutions that will play a part in promoting Spanish culture in the Pavilions of Spain and Madrid. In order to achieve this objective, IE will be organizing two activities in Spain´s Pavilion on May 11 and 14, and a further event on October 26. The first of these has been organized jointly between IE and ESADE, bringing together the deans of both schools with the deans of leading Chinese business schools and universities, including  CEIBS, Fudan and Beijing University. The meeting will serve as a platform for an in-depth discussion about the global challenges facing business schools.

Another of the activities focuses on social networking, and will be led by Professor Enrique Dans on May 14 in Spain´s Pavilion. In the same Pavilion, but at the later date of October 26, Professor Gonzalo Garland will present Caso España, an interactive case study which shows the landmarks of Spain´s political and economic landscape from 1973 to the present day, using macroeconomic data and an analysis of the main decisions made by the different governments that have presided over Spain during that time.

IE will also run two further academic activities in the Madrid Pavilion. The first will be held on June 4 as part of IE´s international Executive Education program: China an inside view.  The activity will comprise academic sessions led by Professor Eduardo Morcillo and European students participating in the program. Moreover, the Dean and Vice Dean of Architecture at IE University will be participating in the Madrid Pavilion´s ´Madrid Urban Forum 2010,  where they will be exchanging knowledge and experiences with other international experts in areas like sustainability and the environment, infrastructures, transport, energy and social equilibrium.

IE runs a range of international programs through its international office in Shanghai (asiapacific.blogs.ie.edu). One such program is the residential period of IE´s International Executive MBA online, held at Fudan School of Management, taking place in June and November. Said residential period features lectures by Chinese professors from Fudan School of Management on subjects related to Chinese culture, history and business practices, coupled with visits to companies that bring students into direct contact with Chinese corporate realities.

IE´s International Executive MBA Biweekly also includes a week in Shanghai together with students of IE´s Global MBA. This program is also run at Fudan School of Management, and comprises talks by senior managers of foreign firms operating in China – with a special focus on Spanish or European firms – who share their experiences of working in Asia.

In the executive education field IE has forged alliances in China with Cheung Kong Graduate School of Business with whom it partners for two programs. The first isEurope: an Inside View, designed for Chinese directors who want insights into corporate realities in the Western world, and which has been run at IE´s Madrid Campus for the last four years. The other program is the abovementioned China: an Inside View,which is the reciprocal program for western managers who want to learn more about Chinese corporate practices. It has been held in Beijing or Shanghai for the last four years. Both programs include not only class sessions but also visits to firms to round off the experience.

Shanghai World Expo 2010, which commences on May 1 and runs until October 31, is focused on the quality of life in cities. Shanghai, with a population of 20 million, will host the largest Expo in history. Spain has pinned all its hopes on the belief that the Expo will serve to showcase Spain in China, and has invested 55 million Euros in the project. This budget has enabled Spain to have the second largest Pavilion, with more than 7,000 m2, the largest being that of the host country, with a surface area of 100,000m2.

The Universal Expos have always had a tourist and leisure slant. The fact that this year the Expo is being held by China, the country with the greatest economic potential in the world, means that it is a unique opportunity for foreign countries, including Spain, to promote themselves.