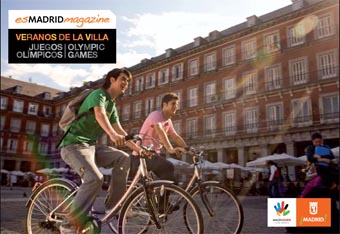 Apart from many arguments to come to study at IE Business School, one you will repeatedly hear is MADRID, Europe’s second largest city and definitely one of the most vibrant ones!

IE is located right in the heart of Madrid in the famous Salamanca district, being the most prominent residential areas surrounded by Embassies (the US and the Japanese Embassies are in broad terms our neighbours) and right along the Salamanca Street which is the equivalent to Champs-ElysÃ©es in Paris, 5th Ave in New York or Orchard Road in Singapore.

Madrid city has a currently population of about 3.2 million inhabitants which grows until roughly 6 million if you consider the Madrid Community. In a European perspective this makes Madrid the third largest metropolitan concentration after Ã?le-de-France (Paris) and Greater London. In terms of size Madrid city doubles the population of Barcelona, it’s sentimental rival not only in Football.

Madrid is the political and financial capital of Spain. The biggest business concentration of Spain (500,000 companies) is to be found in Madrid. One out of five companies set up in Spain have headquarters in the city of Madrid. Furthermore, 72% of the 2,000 biggest Spanish companies, have their main office located in Madrid and roughly 4% of the Latin-American GDP is originated by Spanish companies.

More facts are to come…

Next PostStudents must think out of the box: IE Dean Iniguez