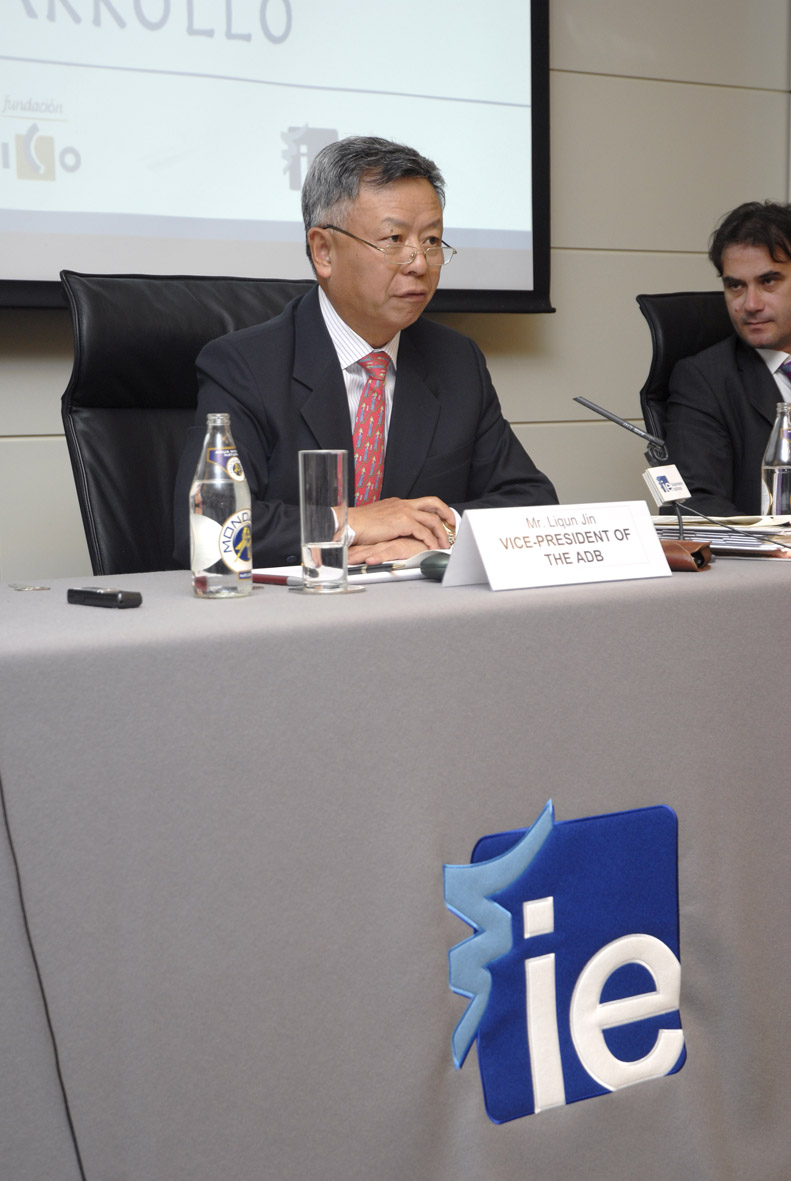 IE Business School hosted on Wednesday, March 5, 2008 a conference on â??How to attain projects financed by the Asian Development Bankâ? as part of the â??Asia Business Forumâ? which is organizing on-going conferences and seminars with the aim to push the relationship between Spain and Asia.

This conference was chaired by Mr. Liqun Jin, the Vice-President (Operations 1) of the Asian Development Bank (ADB). Mr. Jin is responsible for operations of South Asia Department, Central and West Asia Department, and the Private Sector Operations Department. Prior to joining ADB, Mr. Jin was the Vice Minister of Finance of the People’s Republic of China (PRC), in charge of the budget for administrative expenses of education, science, culture, and external economic affairs. In that capacity, he served as Alternate Governor for the PRC at ADB, the World Bank Group and the Global Environment Facility.

He has been active in international economic affairs for almost two decades, particularly since the Asian financial crisis in 1997. He has worked on a number of bilateral and multilateral economic and financial forums, such as the China-US Joint Economic Committee, China-UK Economic and Finance Dialogue, APEC Finance Ministers’ Meeting, ASEAN Plus Three and G-20. In addition, Mr. Jin was a member of the State Monetary Policy Committee and the Anti-Terrorism Committee of the PRC.
After serving as Alternative Executive Director at the World Bank Group for four years, Mr. Jin was appointed Director General of the World Bank Department of the Ministry of Finance in 1995. The same year, he was promoted to Assistant Minister of Finance and in 1998 became Vice Minister of Finance. He was responsible for supervising the PRC’s financial sector and raising funds from both international and domestic markets.